Braid: More Now Than Ever, a greatest-hits mod-anthology!

Braid and The Witness are both incredibly rich games, (link to page explaining more what i think about games in general) (etc etc… see my video series Examining The Witness, and braid book commentary)

Braid: More Now Than Ever is a mod-anthology that attempts to echo and extend the spirit of the original game. All-new writing continues Tim’s story and reflects on the themes of each world in a carefully-composed style reminiscent of the original game’s tone. The mod’s gameplay is a collection of some original puzzles mixed with a greatest-hits-style anthology of brilliant puzzles from other mods –After the Epilogue, Silverbraid, Stone, and Tim’s Modysee. The goal is to curate a rich variety of fresh new time-bending puzzle ideas, while creating a more consistent difficulty curve, avoiding excessive demands on platforming skill, and imitating some of the original game’s design philosophy. The gameplay focus is always on exploring the consequences of time manipulation and causality – no weird glitches or lever-filled rube-goldberg devices!

(Important note! Later this year, an official HD remake called Braid: Anniversary Edition will be released – I’m very excited about this new edition, but unfortunately my mod will probably only work with the original game.)

I started working on More Now Than Ever in 2014, during a six-month trip to Rajasthan in India, where I was struck by the sense that the seasons were running in reverse. Some parts of India are close to the equator, but rajasthan’s desert is firmly in the northern hemisphere, so it’s still hot in summer and chilly in winter. But all the rain comes in early fall, with the monsoon. In September, October, November, the trees are green, the grass is lush and the flowers are blooming, then in March and April everything’s dry and dying, with fallen leaves blowing in the wind. This got me thinking about Braid – the art style of Worlds 2, 3, 4, and 5 are clearly linked to the seasons, with summer proceeding backwards through spring, winter, and fall. I thought it would be interesting to make a mod replacing the text in the game’s books to add additional commentary. I didn’t want to tell an entirely new story, but rather emphasize hidden details and minor themes, like the progression of seasons and some of the game’s physics-related undercurrents, in a way that would hopefully enrich people’s understanding of Braid’s original writing. 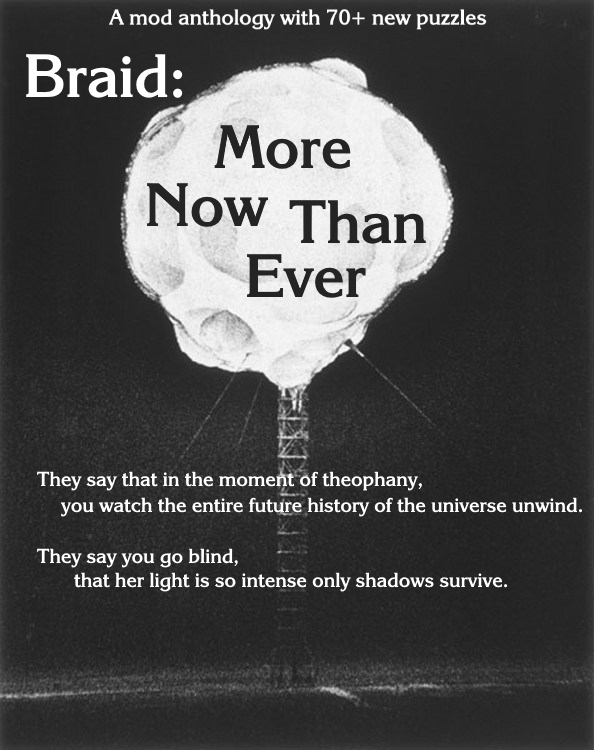 For instance, many Braid players interpreted the story to fit the order that they encountered the worlds – Tim starts off straightforwardly questing after The Princess in World 2, then things slowly get more confusing and vague until at first glance World 6 barely makes any sense at all, and then the famous twist ending of World 1 comes as a bit of a non-sequitur. Others think that trying to fit the different worlds into a linear plot is missing the point – since each world is a different reflection on the same core themes, the worlds are more simultaneous than sequential. That’s mostly true, but if you pay attention it’s pretty clear that there is also a preferred plot order (which I explore more in {{/TODO: this analysis/}}) beginning in World 6, where Tim starts out lost and intimidated in a wide world overflowing with mutually exclusive possibilities. Counting down the next chapters (5… 4… 3… 2… 1…), he discovers and becomes more focused in his obsession with the Princess, and her significance for him grows until she looms as a divine, fissile embodiment of the philosophical answers he is searching for. In Braid: More Now Than Ever, I don’t change any core aspects of this story, but I try to embellish it and make certain aspects more visible. 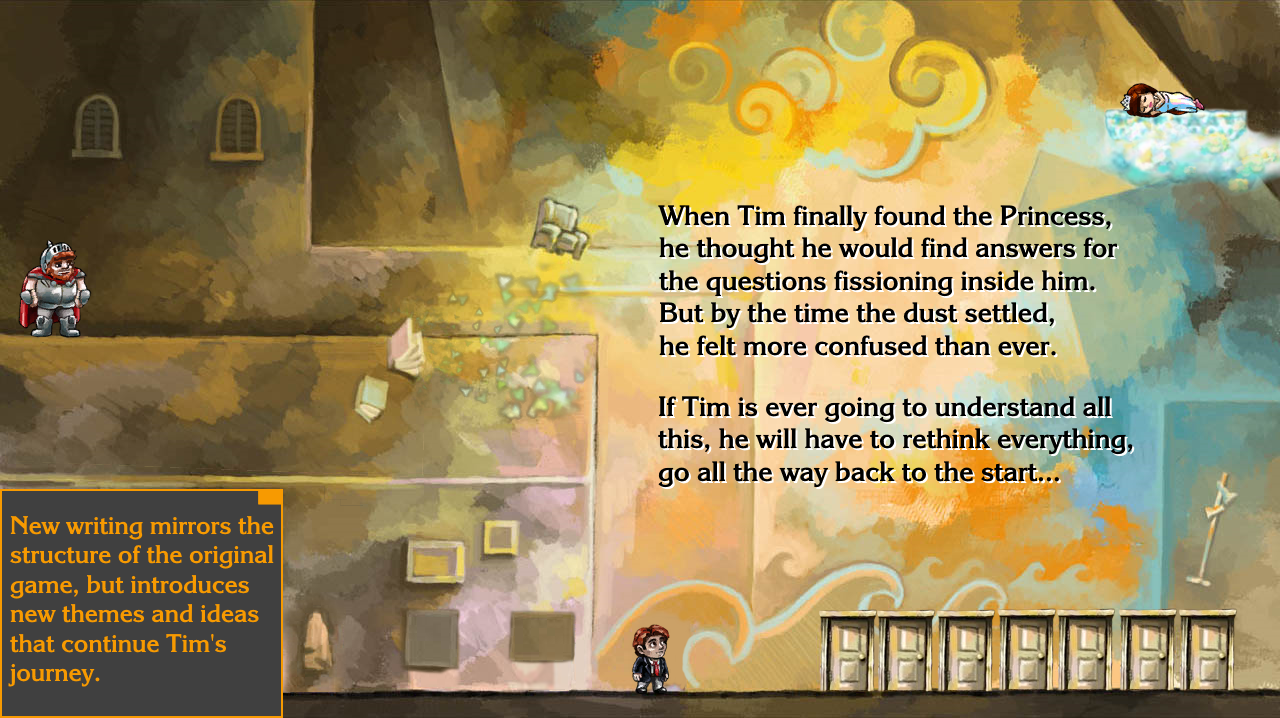 What I didn’t expect was that the gameplay, too, had so much more depth than what I knew. Braid is such a cohesive, thoughtfully constructed work that it seemed almost perfectly complete, each world an ideal showcase of the consequences of its own time mechanic. So, I was shocked when I played a few fan mods and discovered a variety of amazing, delightful puzzles that totally stumped me, when I thought I already knew everything Braid had to show me. There were so many brilliant puzzle ideas in these other mods that pretty soon I wanted More Now Than Ever to be more than just new writing. Here are a couple of gameplay highlights for the Braid connoisseurs out there: 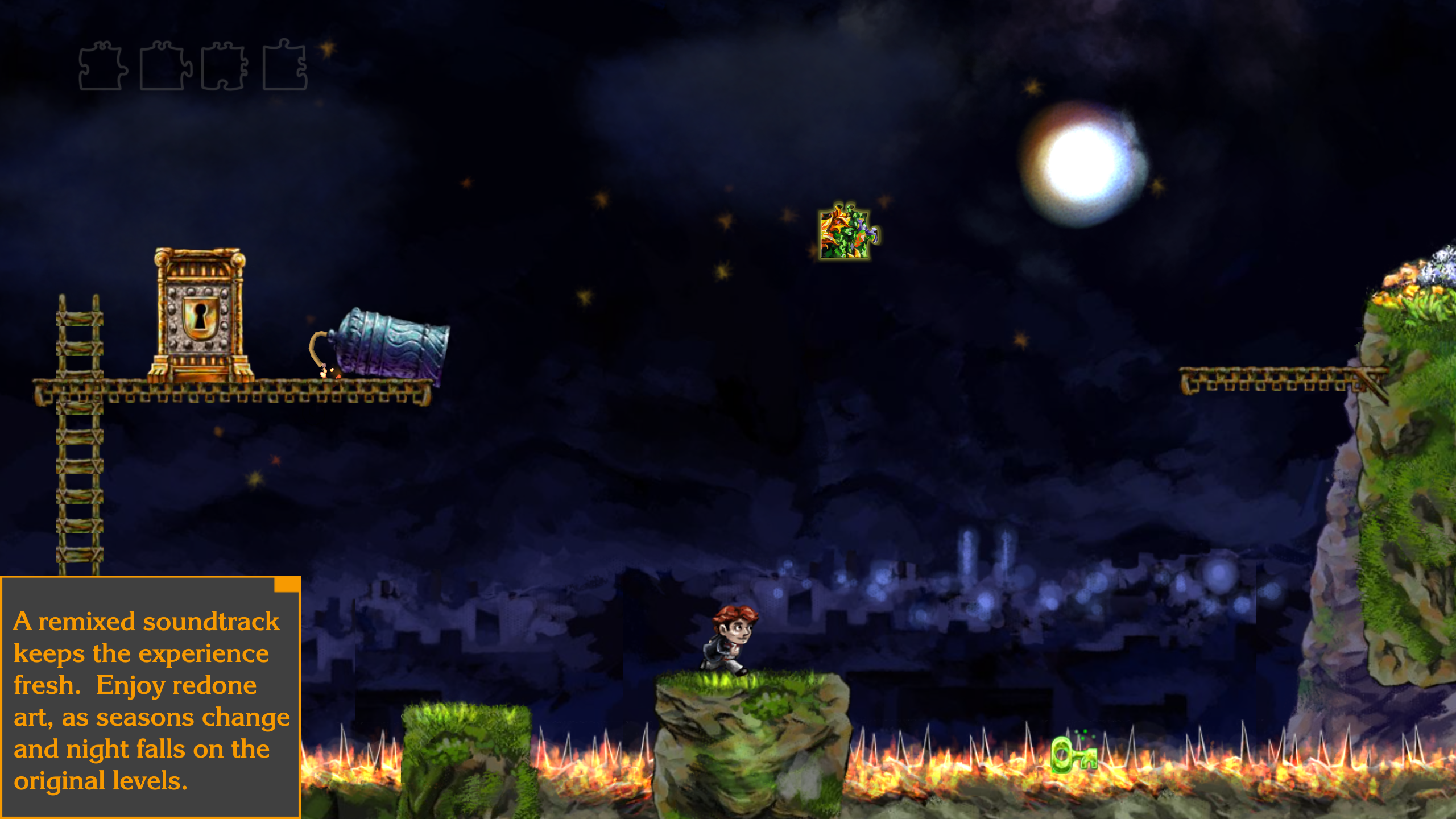 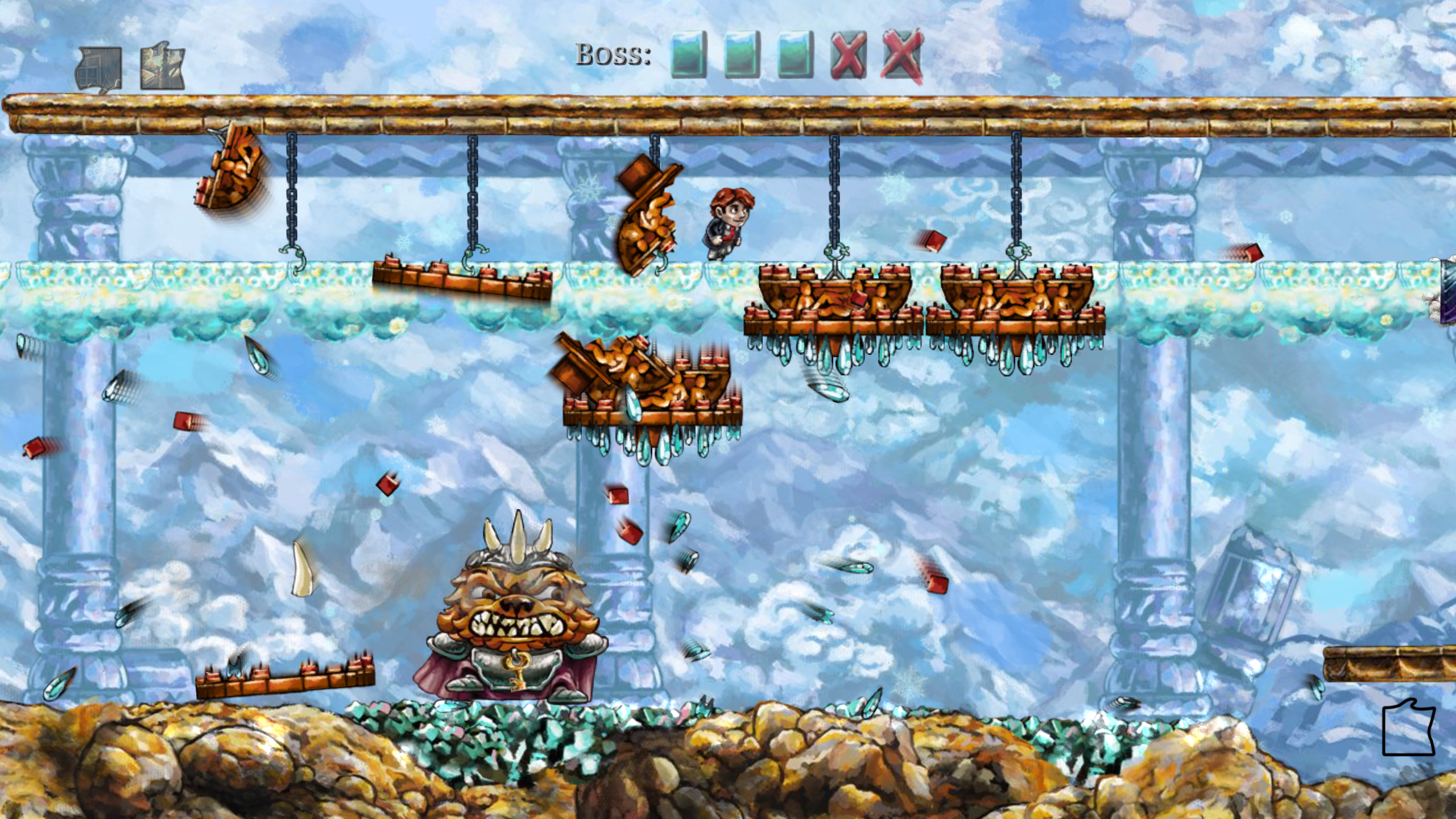 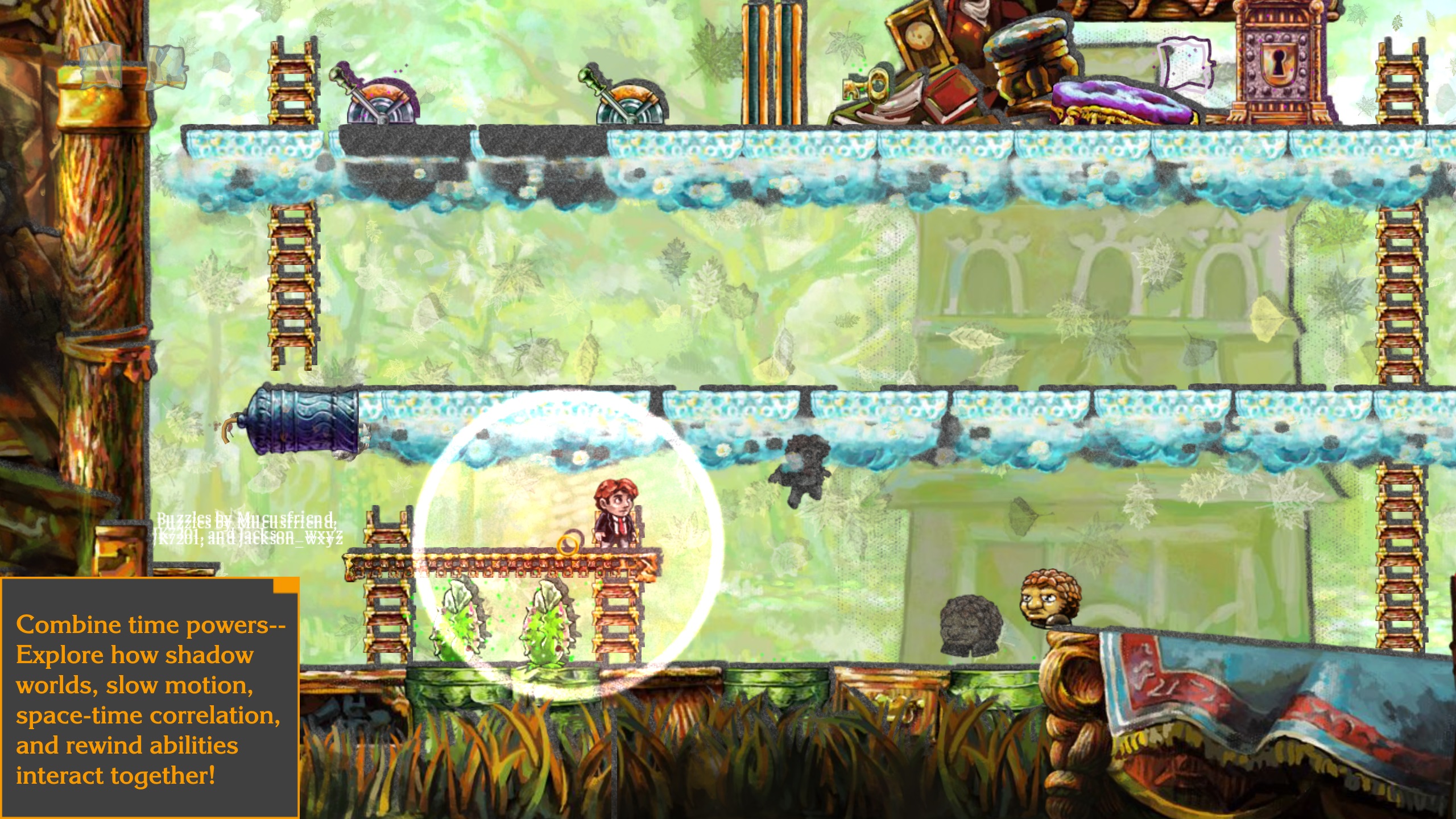 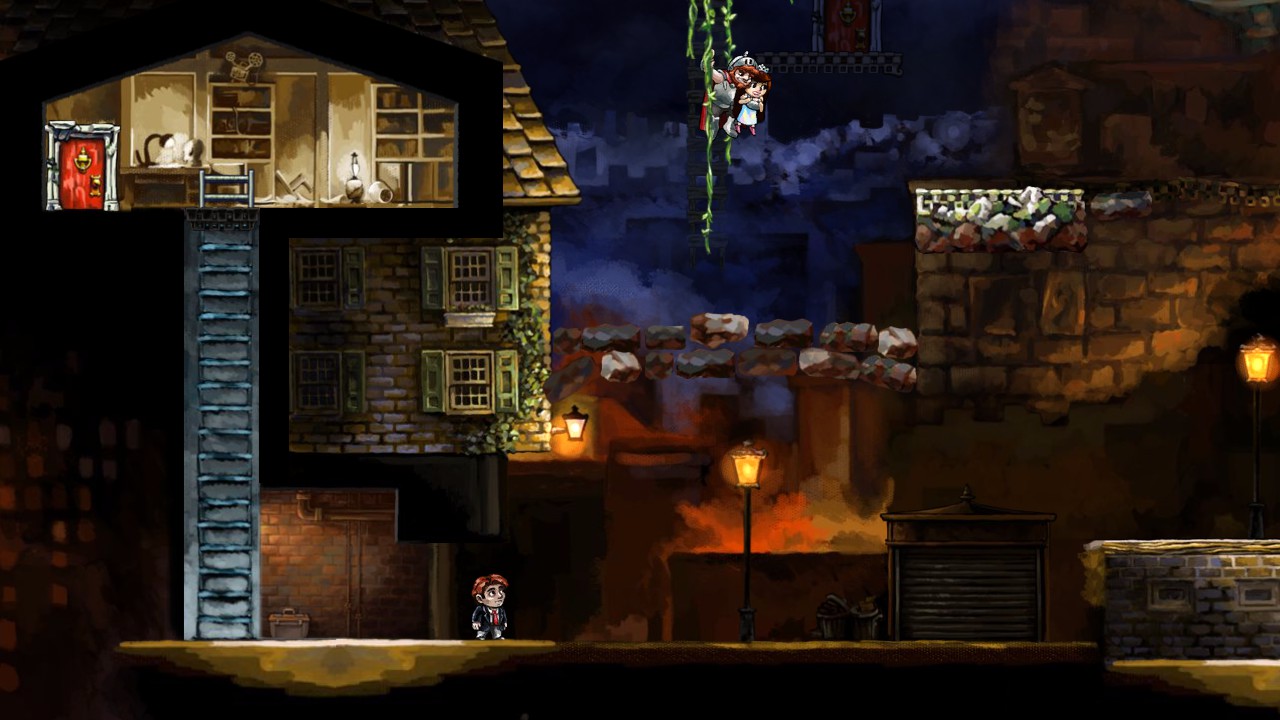 You can download the mod from its homepage here, unzip it and put the “universes” file into your Braid folder. So in the same folder where braid.exe lives, you should now have a folder called “universes”. Inside that there should be a subfolder, “morenowthanever”. Next, in your steam library, right-click on Braid and click “properties” then “launch options”. In the launch options window, enter the command “ -universe morenowthanever “. Then just run the game! 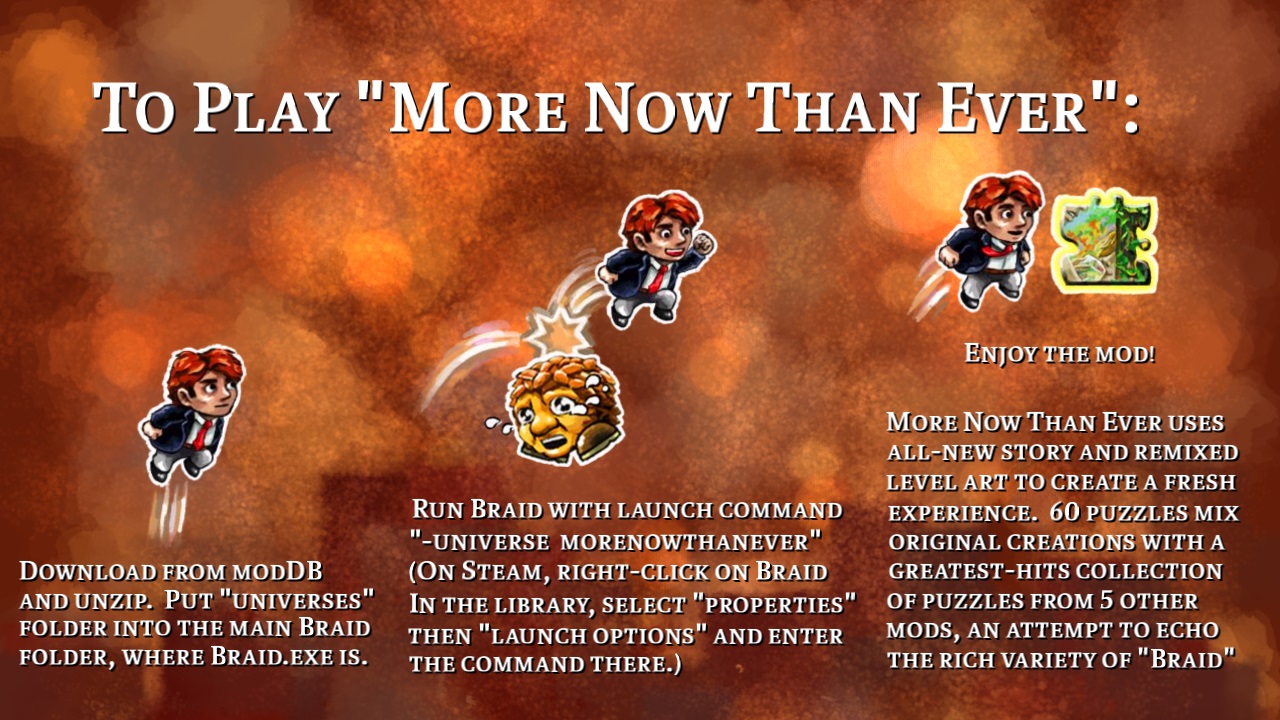 People who enjoy Braid: More Now Than Ever might also be interested in a short story I wrote based on another acclaimed time-travel-themed videogame. Thoughts in The Mind of Crono Upon His Arrival at The Town of Enhasa in The Empire of Zeal, Having Been Asked The Question, “Do You Believe In Fate?” is as much a Braid story as a Chrono Trigger one – it was also written during those six months in India, and in both cases I aspired to an Italo-Calvino-esque structure1, with a series of vignettes each exploring a philosophical theme from complementary perspectives. 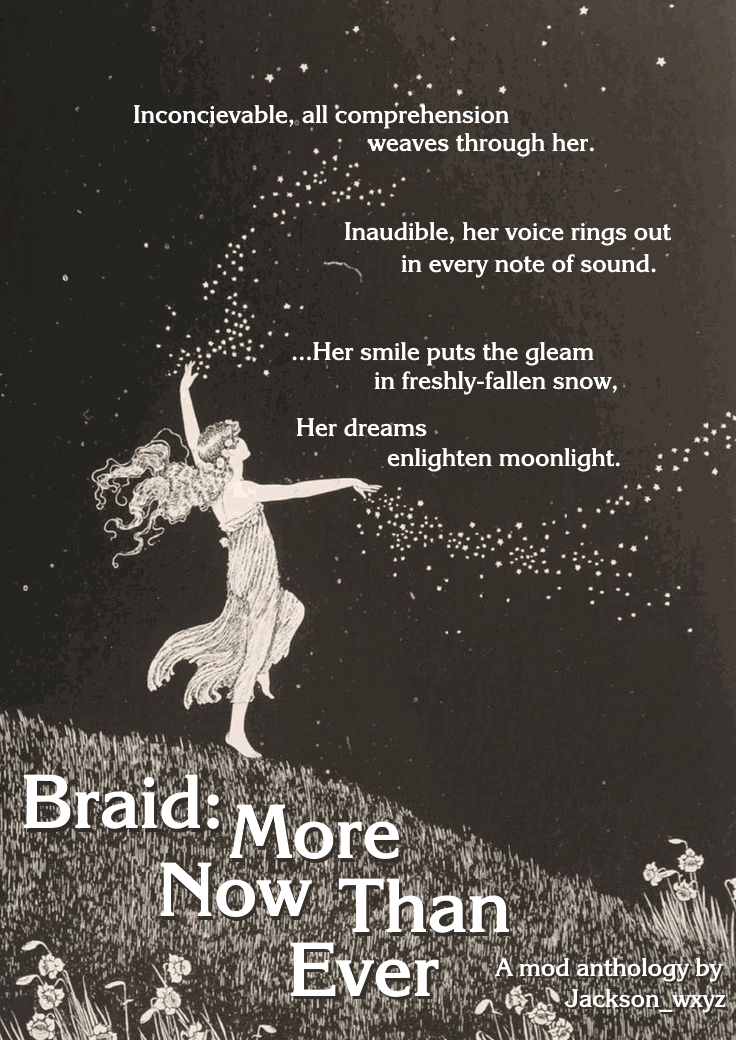